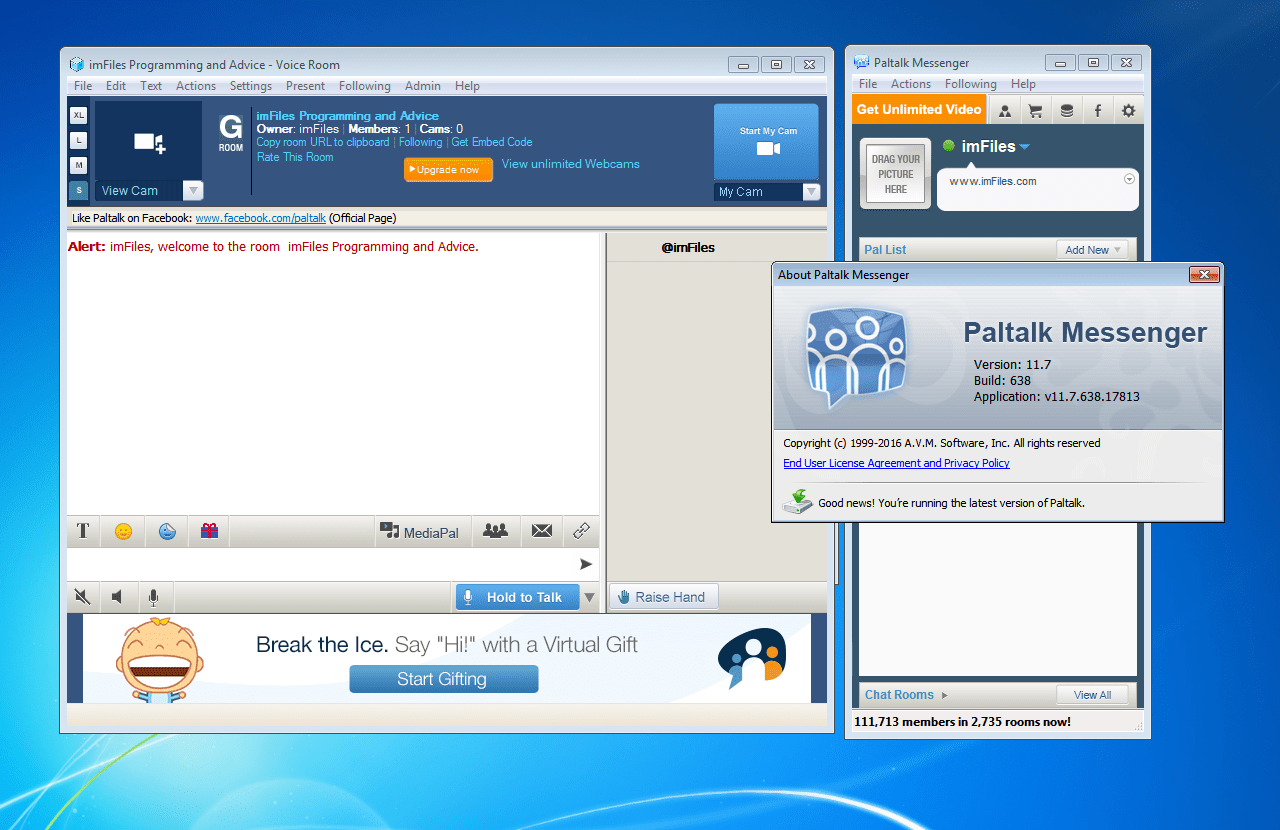 Paltalk 11.7 came out with not that many new features that I have noticed. I try it out to see if all the programs work for this version and so far after testing all the paltalk programs all seem to work fine for this new Paltalk version. If you find that some of the programs are having problems and are not working, let me know.

Paltalk announced their first MAC version of Paltalk Messenger for Mac Computers. A new Windows Desktop version has also been announced for later Release as a BETA. We will let you know when the Windows Version is out. You can Download the MAC Version from here: http://downloads.paltalk.com/download/osx/paltalk.dmg

* Favorite Rooms has become Rooms I Follow. All rooms you follow on paltalk.com are now listed for easy access
* Complete 1-on-1 IM history saved on your computer
* Your status message is automatically set as the room you’re currently in if you’ve enabled the setting in My Paltalk
* Admin code removed. Now only designated admins can join a room as an admin
* Improved stability overall
* Reliability improvements made in connect logic and authentication
* Multiple Crash fixes
* Additional quality improvements for stability

So @chike pointed this new stuff out 🙂
It open rooms list at startup.
All they do are changes for future scams to squeeze money from people

You must Register or Login to comment on Paltalk 11.7 Build 648